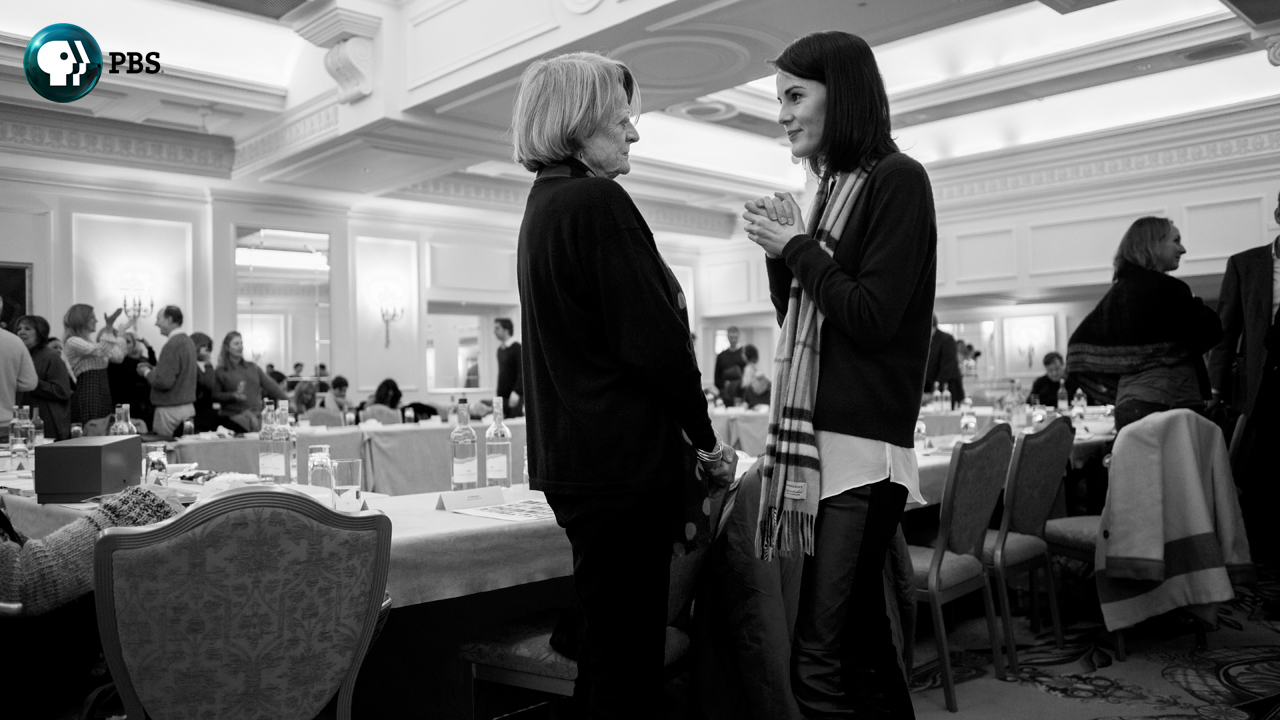 Boston, MA; March 26, 2015 — Carnival Films and MASTERPIECE on PBS today announced that Season 6 will be the final season of the hit drama series “Downton Abbey.”

Carnival’s Managing Director and Executive Producer of “Downton Abbey,” Gareth Neame said, “Millions of people around the world have followed the journey of the Crawley family and those who serve them for the last five years. Inevitably there comes a time when all shows should end and 'Downton' is no exception. We wanted to close the doors of 'Downton Abbey' when it felt right and natural for the storylines to come together and when the show was still being enjoyed so much by its fans. We can promise a final season full of all the usual drama and intrigue, but with the added excitement of discovering how and where they all end up…"

A runaway hit since it debuted on PBS in 2011, “Downton Abbey”—a Carnival/MASTERPIECE co-production—is widely credited with reigniting American viewers’ passion for British drama. It is the top PBS drama of all time, the most popular series in MASTERPIECE’s 44-year history, and one of the most-watched dramas on American television, frequently beating the competition in its Sunday night time slot. MASTERPIECE is presented on PBS by WGBH Boston.

“PBS and our member stations have been so proud to be the home of ‘Downton Abbey’ on MASTERPIECE in the United States," said Paula Kerger, President and CEO, PBS. “We, like the fans, simply cannot wait to see what will happen to the Crawley family and their beloved staff as this incredible series culminates in Season 6. The series has enjoyed such success over the past five seasons and we'll certainly be working alongside Carnival, MASTERPIECE and PBS member stations to make Season 6 the biggest yet. Until then, Sunday nights on PBS continue to offer fans a full slate of 'must view' British and, soon, American historical drama."

With 51 Emmy® nominations, more than any other British show in Emmy® history, “Downton Abbey” is one of the most honored series on television. It has won 11 Emmys®, three Golden Globes®, three Screen Actors Guild Awards, a Producers Guild Award, and three BAFTAs.

“‘Downton Abbey’ has been a television executive's dream come true: a beautifully-made, returning series that captures a nation's attention and becomes a household name. It's been a game-changer for MASTERPIECE,” said MASTERPIECE Executive Producer Rebecca Eaton. “We are indebted to our UK partners for making a show which will go down in television history, not just for its impeccable writing, acting and production values, but most importantly, for its enormously warm-hearted audience appeal.”

Season 5, which concluded on March 1, was seen by 25.5 million people. The season had a weekly average audience of 12.9 million viewers over its nine-week run, an audience nearly even with that for Season 4 (13.3 million) (Source: Nielsen Live+7 data). “Downton Abbey, Season 5” had impressive online streaming numbers as well, with over 12.6 million streams of full episodes across all PBS and station digital platforms, 13 percent more streams compared to Season 4 (Source: Google Analytics, 1/5-3/15/15). A huge presence on social media, “Downton Abbey” set records for tweets of a PBS show, with Season 5 generating more than 190,000 total tweets and more than 24 million total impressions (Source: Nielsen, 1/4/15 to 3/1/15, live/new). During its nine-week run, “Downton Abbey” placed in Nielsen Social’s Daily Top 5 for series and specials seven times (Source: Nielsen, 1/4/15 to 3/1/15).

“Downton Abbey” has become an indelible part of the popular culture, parodied by Jimmy Fallon and Stephen Colbert, and on “Sesame Street” and “Saturday Night Live.” It has been the topic of countless discussions on Twitter and Facebook, and has garnered as much publicity as any series on television, with the acclaimed cast gracing the covers of Entertainment Weekly and TV Guide and appearing on “TODAY,” “Good Morning America,” “The View” and other popular TV shows.

Julian Fellowes, writer and creator of “Downton Abbey,” said, “The ‘Downton’ journey has been amazing for everyone aboard. People ask if we knew what was going to happen when we started to make the first series and the answer is that, of course we had no idea. Exactly why the series had such an impact and reached so many people around the world, all nationalities, all ages, all types, I cannot begin to explain. But I do know how grateful we are to have been allowed this unique experience. I suspect the show will always be a principal marker in most of our careers as we set out from here, and if so, I consider that a blessing and a compliment.”

FOR MEDIA ONLY: There will be a worldwide phone press conference held at 12noon ET/9am PT today with “Downton Abbey” Executive Producer Gareth Neame.

A wide selection of “Downton Abbey” photos is available at pressroom.pbs.org

About MASTERPIECE
MASTERPIECE is presented on PBS by WGBH Boston. Rebecca Eaton is executive producer for MASTERPIECE. Funding for the series is provided by Viking River Cruises and Ralph Lauren Corporation with additional support from public television viewers and contributors to The MASTERPIECE Trust, created to help ensure the series’ future.

About PBS
PBS, with its over 350 member stations, offers all Americans the opportunity to explore new ideas and new worlds through television and online content. Each month, PBS reaches nearly 103 million people through television and over 33 million people online, inviting them to experience the worlds of science, history, nature and public affairs; to hear diverse viewpoints; and to take front row seats to world-class drama and performances. PBS’ broad array of programs has been consistently honored by the industry’s most coveted award competitions. Teachers of children from pre-K through 12th grade turn to PBS for digital content and services that help bring classroom lessons to life. PBS’ premier children’s TV programming and its website, pbskids.org, are parents’ and teachers’ most trusted partners in inspiring and nurturing curiosity and love of learning in children. More information about PBS is available at www.pbs.org, one of the leading dot-org websites on the Internet, or by following PBS on Twitter, Facebook or through our apps for mobile devices. Specific program information and updates for press are available at pbs.org/pressroom or by following PBS PressRoom on Twitter.

About Carnival Films
Carnival Films is a division of NBCUniversal International TV Production and is the UK’s largest drama specialist. The company is responsible for the global TV sensation Downton Abbey, winner of three Golden Globes and eleven Primetime Emmy awards, including Best Miniseries. It is the most nominated non-US show in the history of the Emmys with a total of 51 nominations and is now in 250 territories worldwide. Among numerous national and international awards, including three Screen Actors Guild Awards and three National Television Awards, in 2011 the show garnered a Guinness World Record for highest critical ratings for a TV show. Downton Abbey is executive produced by Carnival’s Managing Director Gareth Neame, who sold the production company to NBCU in 2008.

Founded in 1978, Carnival has produced many hundreds of hours of popular drama both in the UK and US, including primetime series such as Poirot, Hotel Babylon, Whitechapel, Jeeves & Wooster, Rosemary & Thyme, As If, Dracula and The Philanthropist, as well as award-winning miniseries such as C4’s iconic Traffik, David Hare’s Worricker Trilogy (Page Eight, Turks & Caicos and Salting the Battlefield), The 7:39 by David Nicholls, William Boyd’s BAFTA award winning Best Serial Any Human Heart, The Old Curiosity Shop and Enid starring Helena Bonham-Carter. Peter Morgan’s The Lost Honour of Christopher Jefferies broadcast on ITV at the end of 2014 to critical acclaim.

Carnival’s latest series The Last Kingdom is in production for BBC TWO and BBC America, and the sixth season of Downton Abbey is currently in production. Along with Neal Street Productions,       Carnival co-produced the RTS award-winning           drama The Hollow Crown, a screen version of Shakespeare’s history plays. The sequel, The Wars of the Roses, starring Benedict Cumberbatch and Judi Dench, completed filming in January 2015.

Carnival was recognized as best production company at the 2011 Bulldog Awards and 2012 Broadcast Awards.

About WGBH
WGBH Boston is America’s preeminent public broadcaster and the largest producer of PBS content for TV and the Web, including MASTERPIECE, ANTIQUES ROADSHOW, FRONTLINE, NOVA, AMERICAN EXPERIENCE, ARTHUR, CURIOUS GEORGE, and more than a dozen other prime-time, lifestyle, and children’s series. WGBH also is a leader in educational multimedia, including PBS LearningMedia, and a pioneer in technologies and services that make media accessible to the 36 million Americans who are deaf, hard of hearing, blind, or visually impaired. WGBH has been recognized with hundreds of honors: Emmys, Peabodys, duPont-Columbia Awards…even two Oscars. Find more information at www.wgbh.org.