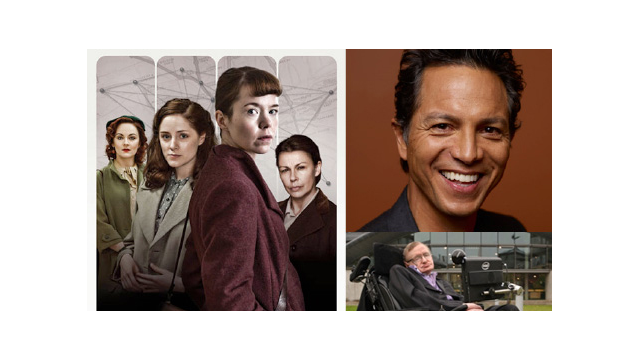 PASADENA, CA; JANUARY 14, 2013 -- Today at the Television Critics Association meeting, PBS announced a new slate of programs to air in 2013. A brief synopsis of each program follows, with links to the full press releases.

In the wake of the Newtown tragedy, PBS will broadcast a series of specials that continue the public conversation on gun laws, mental illness and school security. The “After Newtown” programming airs on PBS stations February 18-22. These thoughtful and thought-provoking documentaries and news pieces are meant to provide context to the national conversation about gun violence in America. This special programming includes programs from PBS NEWSHOUR, FRONTLINE (in collaboration with The Hartford Courant), NOVA, NEED TO KNOW and WASHINGTON WEEK WITH GWEN IFILL.  http://www.pbs.org/about/news/archive/2013/after-newtown-programming/

PBS reaffirmed its commitment to independent film by announcing that it will offer the second annual Online Film Festival, featuring short-form films, beginning Monday, March 4, and will offer a multi-platform Independent Film Showcase this fall. Both will feature films from POV and INDEPENDENT LENS, as well as other public media partners. In addition to broadcast content, the festival will connect audiences with related online and mobile content, and offer opportunities to participate locally with their public television stations. http://www.pbs.org/about/news/archive/2013/independent-film-showcase/

A BRIEF HISTORY OF MINE (working title)

The first-ever autobiographical documentary of physicist Stephen Hawking, A BRIEF HISTORY OF MINE is slated to air in 2013. The program gives viewers rare insight into Hawking’s life, past and present, aided by a stellar cast of A-list contributors and Hawking fans, including astronaut Edwin Eugene “Buzz” Aldrin, Jr., actors Jim Carrey and Benedict Cumberbatch, mathematical physicist Sir Roger Penrose and entrepreneur Sir Richard Branson. A BRIEF HISTORY OF MINE features exclusive access to Hawking’s life story, told largely in his own words.  http://www.pbs.org/about/news/archive/2013/stephen-hawking-release/

Actor Benjamin Bratt will narrate LATINO AMERICANS, a landmark three-part, six-hour series set to air on PBS in fall 2013. It is the first major documentary series for television to chronicle the rich and varied history and experiences of Latinos, who have helped shape the United States over the last 500-plus years and have become, with more than 50 million people, the largest minority group in the U.S. A team of filmmakers will document the evolution of a “Latino American” identity, from the 1500s to the present day, with interviews of close to 100 Latinos from the worlds of politics, business and pop culture, as well as portraits of Latinos who lived through key chapters in American history. http://www.pbs.org/about/news/archive/2013/latino-americans-release/

THE BLETCHLEY CIRCLE, a three-part murder mystery, will premiere Sundays, April 21-May 5, 2013, 10:00-11:00 p.m. on PBS. A production of World Productions (United, “Line of Duty”) and distributed worldwide by Content Television, the series aired in the UK in September 2012 on ITV to critical acclaim. THE BLETCHLEY CIRCLE follows Susan, Millie, Lucy and Jean, ordinary women with extraordinary ability to break codes, a skill honed during World War II when they worked undercover at Bletchley Park, site of the United Kingdom’s main decryption establishment.   http://www.pbs.org/about/news/archive/2013/bletchley-circle-premiere/

HOW SHERLOCK CHANGED THE WORLD

A two-hour special about the world’s most legendary fictional detective — Sherlock Holmes — will reveal for the first time the astonishing impact that Holmes has had on the development of real criminal investigation and forensic techniques. The program is slated to premiere in fall 2013 on PBS. Holmes is, without doubt, the most famous fictional detective the world has ever known. HOW SHERLOCK CHANGED THE WORLD will show that Conan Doyle’s hero not only revolutionized the world of fiction, but also changed the real world in more ways than many realize.  http://www.pbs.org/about/news/archive/2013/sherlock-changed-world/

About PBS
PBS, with its nearly 360 member stations, offers all Americans the opportunity to explore new ideas and new worlds through television and online content. Each month, PBS reaches nearly 123 million people through television and more than 21 million people online, inviting them to experience the worlds of science, history, nature and public affairs; to hear diverse viewpoints; and to take front row seats to world-class drama and performances. PBS’ broad array of programs has been consistently honored by the industry’s most coveted award competitions. Teachers of children from pre-K through 12th grade turn to PBS for digital content and services that help bring classroom lessons to life. PBS’ premier children’s TV programming and its website, pbskids.org, are parents’ and teachers’ most trusted partners in inspiring and nurturing curiosity and love of learning in children. More information about PBS is available at www.pbs.org, one of the leading dot-org websites on the Internet, or by following PBS on Twitter, Facebook or through our apps for mobile devices. Specific program information and updates for press are available at pbs.org/pressroom or by following PBS Pressroom on Twitter.