America By The Numbers with Maria Hinojosa Election Coverage Special ‘The New Deciders’ to Air on PBS Stations September 6, 2016 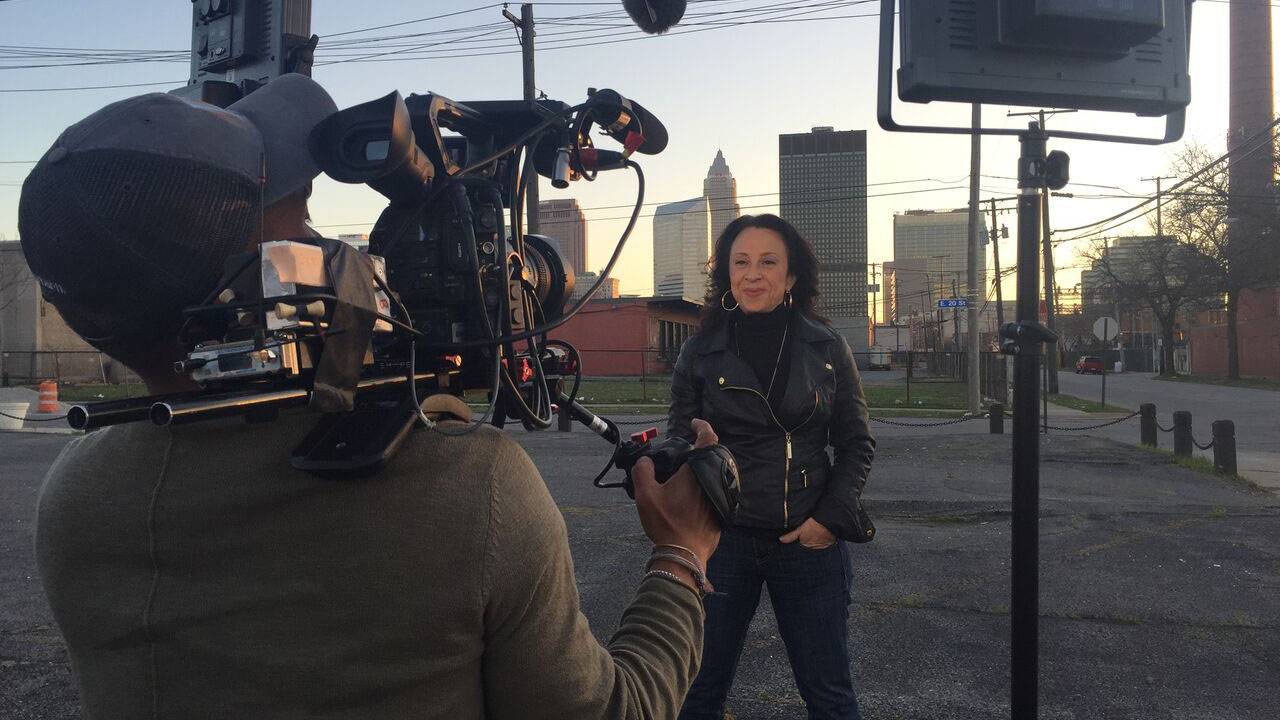 NEW YORK, NY (June 7, 2016) – America By The Numbers with Maria Hinojosa  (ABTN) will examine voters whose power and influence are growing in a 2016 election special titled “The New Deciders.” The one-hour program will air on Tuesday, September 6, 2016 on PBS and local public TV stations (check local listings).

“The deciders in this year’s presidential election will be young people and citizens of color,” said ABTN Executive Producer Maria Hinojosa, who is also Executive Producer of the Peabody Award-winning weekly radio show, Latino USA, and President and Founder of the Futuro Media Group.   “The racial, cultural and social landscape of America continues to change rapidly and we need to pay attention to the growing numbers of youth, Asians, Latinos, African-Americans, persons of mixed race and immigrants who are registering to vote, becoming politically engaged, and increasingly, will be determining the outcomes of elections.”

“The New Deciders” is produced by the Futuro Media Group in association with PBS and is being presented by WGBH with major funding provided by the Corporation for Public Broadcasting (CPB).

Researchers and political observers say demography and population change are factors that cannot be ignored in electoral politics, and ABTN will track the link between population change and voting. ABTN will explore individual communities and demographic groups that are redefining the electoral landscape in 2016 through four segments:

• “Arab-Americans Fight Islamophobia through the Ballot” – Traveling to Cleveland, Ohio, ABTN will explore how the growing Arab-American population in the U.S. is countering the rise of anti-Muslim rhetoric heard on the campaign trail by becoming more involved in electoral politics. ABTN will follow leaders in the Arab-American community in Cleveland to report how, in response to vitriolic sloganeering and threats of bans and deportations, Muslim and Christian voters of Arab descent are finding their political voice.

•  “Black Millennials: Do Not Count on Us or Count Us Out!” – Young people between the ages of 18 and 33 now surpass Baby Boomers as the largest voting-eligible group in the nation. ABTN will look at the ways millennials are participating in politics by focusing on some of the most politically engaged youth in the country – African-Americans in North Carolina. In 2012, African-Americans in this swing state had the highest voter turnout of any voters in the nation. ABTN will profile black millennials on both sides of the political spectrum who say they are continuing the civil rights tradition and are building diverse coalitions to tackle local issues such as voting rights. ABTN will also examine if/how major political parties are taking notice.

• “Latino Evangelicals: The Unpredictable Evangélico Vote” – Latino Evangelicals, also known as “Evangélicos,” number at least 6 million and are growing into a powerful political force that is being courted by both parties. With Florida as the home to the third-largest Latino population in the nation, ABTN will see which candidates and issues are gaining traction among Latino Evangelicals and will document the power and influence of super-churches on this voting bloc in Orlando.

• “Asian-American Candidates Compete for the Asian Vote” – The Asian American and Pacific Islander community is the fastest-growing group in the U.S., increasing at four times the rate of the overall population. Projected to grow from 18 million in 2014 to more than 40 million by 2060, Asian Americans constitute the majority in more than a half-dozen cities in the greater Los Angeles area, and are becoming a dominant political and cultural force. ABTN will look at a state senate race between two Asian American candidates in Southern California – the only political face-off in the nation where Asian Americans will be running against each other in a non-primary race – to assess the political behavior of the AAPI population and their voting patterns in the future.

“This is a timely and important program examining our country’s ever more complex and nuanced electorate,” said Joseph Tovares, CPB chief Content Officer. ‘The New Deciders’ is reflective of the critical role that public media plays in building an informed civil society.”

“Americans trust public media to explore the issues that matter most and to provide in-depth and thoughtful coverage from diverse perspectives,” said Marie Nelson, Vice President News & Public Affairs at PBS. “‘The New Deciders’ offers an unexpected look at the changing demographic shifts in our country, and what it could mean – not only for the current election – but for the future of our nation.”

America By The Numbers with Maria Hinojosa is groundbreaking documentary reporting, which premiered on the WORLD Channel and PBS in fall 2014. ABTN is the first national series dedicated to examining how quickly the nation is becoming more diverse and how those changes are playing out in local communities across the U.S. For all the latest ABTN news and behind-the-scene footage, visit www.americabythenumbers.org

Futuro Media Group also recently introduced two new multi-media products focused on politics, including “HUMANIZING AMERICA,” video shorts that present the human stories behind the American electorate in vignettes about engaged voters, and “In The Thick” a podcast hosted by Maria Hinojosa featuring a wide variety of reporters and pundits, providing new voices and diverse points of view about the 2016 election and a changing America. Follow the Futuro Media Group on Twitter @futuromedia and Facebook at facebook.com/TheFuturoMediaGroup.

PBS Election 2016 is a year-long, cross-platform initiative that brings together PBS’ news, public affairs, documentary and digital programming to create a comprehensive look at the 2016 election cycle. Acclaimed series PBS NEWSHOUR, FRONTLINE and WASHINGTON WEEK, as well as new and returning series and specials such as 16 FOR ’16 and AMERICA BY THE NUMBERS, will cover breaking news, provide context for political issues and explore behind-the-scenes stories of the candidates and the election process. PBS Election 2016 also includes a partnership with NPR in which the two organizations will share information across broadcast, radio and digital platforms.

PBS, with 350 member stations, offers all Americans the opportunity to explore new ideas and new worlds through television and online content. Each month, PBS reaches more than 100 million people through television and over 33 million people online, inviting them to experience the worlds of science, history, nature and public affairs; to hear diverse viewpoints; and to take front row seats to world-class drama and performances. PBS’ broad array of programs has been consistently honored by the industry’s most coveted award competitions. Teachers of children from pre-K through 12th grade turn to PBS for digital content and services that help bring classroom lessons to life. PBS’ premier children’s TV programming and its website, pbskids.org, are parents’ and teachers’ most trusted partners in inspiring and nurturing curiosity and love of learning in children. More information about PBS is available at www.pbs.org, one of the leading dot-org websites on the Internet, or by following PBS on Twitter, Facebook or through our apps for mobile devices. Specific program information and updates for press are available at pbs.org/pressroom or by following PBS Pressroom on Twitter.

WGBH Boston is America’s preeminent public broadcaster and the largest producer of PBS content for TV and the Web, including Point Taken, Frontline, Nova, American Experience, Masterpiece, Antiques Roadshow, Arthur, Curious George and more than a dozen other primetime, lifestyle, and children’s series. WGBH also is a major supplier of programming for public radio, and oversees Public Radio International (PRI). As a leader in educational multimedia for the classroom, WGBH supplies content to PBS LearningMedia, a national broadband service for teachers and students. WGBH also is a pioneer in technologies and services that make media accessible to those with hearing or visual impairments. WGBH has been recognized with hundreds of honors. More info at www.wgbh.org.

The Corporation for Public Broadcasting (CPB), a private, nonprofit corporation created by Congress in 1967, is the steward of the federal government's investment in public broadcasting. It helps support the operations of nearly 1,500 locally owned and operated public television and radio stations nationwide. CPB is also the largest single source of funding for research, technology and program development for public radio, television and related online services. For more information, visit cpb.org and follow us on Twitter @CPBmedia, Facebook and LinkedIn.

ABOUT THE FUTURO MEDIA GROUP

The Futuro Media creates multimedia content for and about the new American mainstream in the service of empowering people to navigate the complexities of an increasingly diverse and connected world. As an independent nonprofit organization, Futuro Media Group produces journalism that is designed to educate and enlighten viewers and listeners.