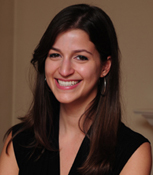 In the Q&A below, get to know more about PBS'er Maria Vera. Maria is Director of PBS KIDS Marketing & Communications, and is part of the PR team behind the series launches of DANIEL TIGER'S NEIGHBORHOOD and PEG + CAT, as well as popular on-going series such as WILD KRATTS, CURIOUS GEORGE, THE CAT IN THE HAT KNOWS A LOT ABOUT THAT! and more.

Q. When did you join PBS, and what led you to want to work here?

I started working at PBS in August of 2009. Prior to working here I worked at a PR agency (GolinHarris) doing promotional work for consumer clients. I was always very active in educational projects throughout college and through community work in my spare time, so I really wanted to combine my interest in communications with kids’ education. The move to PBS KIDS was the perfect fit.


Q. Tell us about a few professional highlights during your time at PBS, and why are they memorable to you?

One of the best things about my job is I get to work with several different departments here at PBS across the KIDS team, which means I get to work with many, many awesome people. It’s been really fun collaborating with the whole PBS KIDS team to launch some of our newest series. The launch of DANIEL TIGER'S NEIGHBORHOOD was really cool because it combined the legacy of Mister Rogers, who I grew up a big fan of, with the excitement of promoting something totally new for today’s kids. The media response to the series was fantastic – I was amazed to see how much pick-up just the initial production announcement for the series got. PEG + CAT’s launch was fun too, and was a totally different experience than Daniel’s. I also have really enjoyed launching various PBS KIDS digital products – it’s been cool to see how quickly we’ve grown in the mobile space just over the past few years.


Q. Working in publicity, you've likely met your fair share of stars over the years. Tell us about your favorite run in.

Meeting Cookie Monster and other furry friends from SESAME STREET over the past four years has been amazing, but my favorite PBS star sightings both happened on one day in particular (which happened to be my birthday) at Press Tour in the summer of 2012.

The day started off with the realization of a lifelong dream: meeting Martha Stewart. As many of my colleagues are well aware, I am arguably one of Martha’s top ten fans. When I was a kid I would tape her show every day and watch it the minute I got home from school. When I was about 13 the only thing I asked for Christmas was a KitchenAid stand mixer. So you can imagine my excitement when I got to meet Martha at a PBS shoot at Press Tour.

As if that weren’t exciting enough, later that day I found myself tasked with a craft challenge: make a custom t-shirt for Hugh Bonneville to wear during the "Downton Abbey" session that evening. This was the Press Tour that occurred after season 2, which ended with Bates in prison, so Hugh Bonneville came up with the idea of wearing a t-shirt during the press conference that said “Free Bates.” I found out about this “craft-ergency” a few hours in advance of the session so I decided to improvise. My colleague Nicole Wells Foster and I channeled our inner-Marthas and made our own stencils and used Sharpies to design the t-shirt, which Bonneville revealed under his three-piece suit later that night during the session, making headlines and becoming a Twitter sensation.


Q. Doing PR for WILD KRATTS, you've surely met some furry and slithery creatures. Share a story from one of your wild encounters.

I think the most memorable/terrifying moment was when I was with Martin and Chris Kratt for a TODAY show segment and they brought an anteater on set. As they were talking about its various “creature features,” the anteater fell off the table – and, as anyone who has ever seen an anteater can imagine, it was not a graceful tumble. Fortunately the animal was fine and of course the Kratts handled it like champs, but I think Meredith Vieira and Hoda Kotb shared in my alarm at the moment it happened.


Q. Where did you grow up? What do you like or miss most about your hometown?

I’m from LA, which was an awesome place to grow up. In my opinion, LA offers all the benefits of both living in a big city and living in the suburbs. Aside from my family and friends, I miss the beach and the weather most of all. I’m very lucky because I get to go to LA several times each year for work and/or vacation, so I consider myself bicoastal.


Q. Where did you go to school? What’s your degree in and what drew you to your major?

I went to Yale. It was an amazing place to go to school and I was super lucky to go there. I double-majored in History and Spanish, which was fun because the History department is huge and the Spanish department is tiny, so I got the best of both worlds. I also got to study abroad in Madrid, which I loved.


Q. And finally, finish this sentence: PBS is special because...

...of the mission. I love working here not only because I believe in what we do, but because I get to work with people who do as well. It’s exciting to work for an organization that is truly committed to helping educate and inspire children.

Learn more about working at PBS and see a list of current openings.