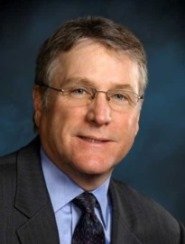 Rich Homberg is President and CEO of Detroit Public Television, a position he has held since 2008.

Despite significant challenges in the Michigan and national economies, Homberg led to a successful conclusion to $22 million capital campaign for a state-of-the-art broadcast facility in 2009 and the organization was named “Best Managed Non-Profit” of 2010 by Crain’s Detroit Business. The station was honored with a DuPont-Columbia Award in 2012 for innovative documentary programming and recognition the same year from the Association of Public Television Stations for its Great Lakes environmental programming.

A strong advocate for the value of a “collective impact” blueprint for aligning efforts across the public media system to strengthen our service, Homberg has been an active participant in the Major Market Group’s efforts around the Community’s Agenda and the PBS Community Connection initiative.  He also serves on the PBS Interactive working group.

In Detroit, DPTV’s television and radio stations have greatly improved their operating results and audience reach, while increasing local content and community engagement during Homberg’s tenure, surviving a particularly difficult economic environment.  The radio station, WRCJ, operated in partnership with the Detroit Public Schools, brought classical music back to Detroit, serving over 100,000 listeners each week.  In 2011, the station opened a new TV studio in the heart of Detroit, in partnership with Wayne State University.

An active member of the Metro Detroit community, Homberg is currently the Chair of the Cultural Alliance of South Michigan and serves on multiple boards for nonprofit organizations.  He resides in Bloomfield Hills, Michigan with his wife and son.