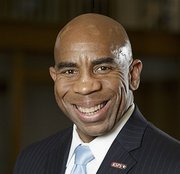 Gary Stokes is the General Manager of KSPS-TV, the PBS station serving the Inland Northwest, including Eastern Washington, Northeastern Oregon, Northern Idaho, Western Montana and the Canadian Provinces of Alberta and part of British Columbia. He was recently re-elected to a second term on the PBS Board of Directors.

Stokes was named General Manager in September 2013, after coordinating the successful transfer of the broadcast license from Spokane Public Schools (the license holder since the station signed on in 1967) to the Friends of KSPS, the organization that has raised the bulk of operating funds for KSPS since more than 40 years. Stokes was hired as Executive Director of the Friends of KSPS in 2011 from Alabama Public Television in Birmingham where he was Vice-President of Development. While at APT, he was Manager of Corporate Support, promoted to Assistant VP of Development then promoted to VP of Development, all in support of the statewide network’s nationally-recognized education mission.

He has nearly 40 years of broadcast experience - 13 of those in public television - in roles ranging from on-air reporter, producer and executive producer to news director and General Manager. He’s had the chance to work for every broadcast network affiliate in cities from Dayton to Dallas, Baltimore to Buffalo and Norfolk to Houston.

The Philadelphia native is actively involved in the Spokane community, serving as Immediate Past Chair of the Empire Health Foundation Board,  completing his second term as a Gubernatorial appointee to the board of Humanities Washington, President-Elect of Spokane Rotary 21, the MultiCare Foundation Board, as well as Chair of the PBS Development Advisory Committee.

In his first term on the PBS Board, Mr. Stokes has served as Vice Chair of the PBS Audit Committee and served on the PBS Station Services, Corporate Support Advisory, and Diversity Advisory Committees.