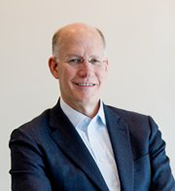 Founder and CEO of Palisades Strategic Advisors | Chairman, PBS Board

Don Baer is founder and CEO of Palisades Strategic Advisors. He was the Global Chairman of the strategic communications firm Burson Cohn & Wolfe from 2018-2020. From 2012-18, he was Worldwide Chair and CEO of Burson-Marsteller and a member of the firm’s senior leadership since 2008. From 1998-2007, Baer was Senior Executive Vice President for Strategy and Development at global media company Discovery Communications, home of the Discovery Channel and media properties in 170 countries. From 1994-98, he was a senior advisor to President Bill Clinton, serving as Assistant to the President and White House Director of Strategic Planning and Communications, Chief Speechwriter and Director of Speechwriting and Research. Before working in the White House, Baer was a journalist at U.S. News & World Report and The American Lawyer as well as a media lawyer in New York City. He is a member of the Board of Directors of Meredith Corporation and of The Urban Institute.