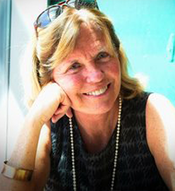 Becky has served on the PBS Board of Directors since 2014. With over 37 years of experience in management, production, educational strategy, and engagement at public television station WCTE, Magura brings to any project a level of commitment, leadership and strategic direction necessary for success. She resides in Cookeville, TN and serves on numerous regional & national boards. She received the Cumberland Business Journal's Ovation Award for Community Service; a Tennessee Senate Proclamation for Outstanding Service & TCCY John Seigenthaler Making KIDS COUNT Media Award.

She holds BS and MA degrees in Education from Tennessee Technological University in Cookeville, with an emphasis in Communications. She has years of experience in television production as an on-air host, producer, and videographer. In 2006, Magura became WCTE's fourth General Manager and has led the station team through the digital transition in transmission and production, as well as securing WCTE&'s downtown studio and offices. In 2017, she worked with creative business partner, Lite Wire, on the completion of a new Public Media Joint Master Control, designed in consideration of small and mid-size stations across the nation.

Also, on a national level, Magura has served on the boards of America's Public Television Stations; National Educational Telecommunications Association's (NETA) and as a member of the CPB Community Service Grant Review Committee. She is currently a member of the Public Media Venture Group. Locally, she serves as a member of the Cookeville/Putnam County Chamber of Commerce Board; Tennessee Technological University Alumni Board; Impact Board of Directors and Cookeville / Putnam County Multicultural Advisory Council.

Magura believes strongly in supporting independent producers and in collaborative station productions such as WCTE's Live Green Tennessee, now in its' 12th season. She serves as station liaison for numerous independent producers in presenting their work to the public media system. These include Bluegrass Underground; Songwriting with Soldiers; Barnegie Hall; Jammin’ at Hippie Jacks; Perfect 36: When Women Won the Vote and as a contributing partner to Havana Time Machine a PBS Great Performances.

She served as the station liaison for Todd Jarrell’s documentary, CRANK: Darkness on the Edge of Town, which was funded in part by the Corporation for Public Broadcasting through an Independent Television Service (ITVS) LiNCS grant. She serves on the PBS Executive Committee; Chair of the PBS Interconnection Committee and on the PBS Station Services Committee and PBS Strategic Planning Committee as well as the APTS Board Diversity and Inclusion Task Force.